Stand in the rain with a jar
Become wet and wrinkled
Wait through the hours, the days, the weeks
Endure the taunts, the stares
Brave the indifference
The months, the droughts, the summers
Last through the poverty
The handouts, the years, the decades

One black and silver second
And you’re done.

Seal the lid with lead
Take it home.

Do not feed it
Do not give it a name

It will long for the sky it came from
It will beg you to let it go
It will bargain with you
Offer you a comet
Offer you a ride to the Heavens.

Keep it in the jar
And bury it
Beneath the Ceiba tree
Of your courtyard
Inside the chosen café.

César Love is a resident of San Francisco’s Mission District and an editor of the Haight Ashbury Literary Journal. His book of poems While Bees Sleep was published by CC. Marimbo Press. He is on the faculty of the University of the Commons.

This year César Love created a bridge between the poets of Mérida and the poets of the San Francisco Bay Area, sharing their poems at each others open mics. He brought to San Francisco the work of Mérida poets Itzel Gallegos, Fernando de la Cruz, Jonathan Harrington, Cher Bibler, and Feliciano Chan. In Mérida, he read the work of Bay Area poets Gerardo Pacheco, Dan Brady, Alejandro Murguía, Jeanne Lupton, and others. 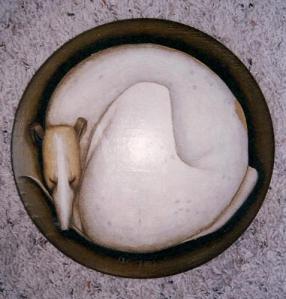